Despite its Octa-core CPU and its ample performance for the OS/streaming side of things, the device only features an Adreno 510 GPU which produces just enough grunt to handle current HD gaming. Although, in terms of comparison the combination is only marginally better performance than my older iPhone 5s and is far behind the likes of the LG G5 or iPhone 7; but then the latter costs a fortune whereas the Vodafone option can be had for free on £24 a month contracts.

In the real-world the handset did cope amicable with Angry Birds 2 and Dead Trigger 2, the latter was set to High Quality mode. You get the occasional frame dip with the latter but the overall gaming side was still enjoyable, especially on the AMOLED screen as it is a joy to witness.

This again was helped with the excellent speakers which produced ample grunt and quality to enhance your experience further!

The Camera App doesn’t have a vast amount of options under the settings button, so you can only adjust things like GPS tagging, the MP size/ratio for photos i.e. 16MP at 4:3 or 12MP at 16:9. Likewise you can adjust the video resolution up to 2160P (as long as you have the latest Android 6.0.1 update on the handset).

My problem with adjusting the above is that you need to use a slider system, so for example you move your finger up or down to adjust things and sometimes this can switch on the other options of the camera such as Panoramic, Auto or Slo-mo. This is because screen swipes, as well as finger taps can be used to select the latter modes, so if your finger sways past the default slider line when changing manual functions, you end having to switch back in order to continue with your selection and the interface becomes more frustrating to use as a result.

For the most part the camera is OK for general use, the images that you can view below were shot in overcast conditions and I’ve put the best batch on display. For me the main issue with the camera is the autofocus, especially for HDR photos, as I found it was out a touch.

The camera App actually tells you to keep a steady hand when shooting HDR and this is difficult to do most times, so a lot of the shots don’t quite get the focus they require.

In Auto mode the camera performs better and it takes care of most aspects and you can quickly tap on options to the left to adjust the aforementioned HDR, or to switch to a timer, night mode or flash. However the camera is still not on par with the LG G5 or iPhone series by any means.

Videos captured in slow-mo, QHD (1440p) or UHD were also a little grainy at the lower HD resolutions. Most of the problems seemed to be with the sky with plenty of artefacts visible when viewing back the footage on my computer.

The auto-focus in the video mode also struggles if you are quickly moving from one object to another at close range, so you need to manually re-adjust the focus to compensate. At least there is 32GB of on-board storage and this can be boosted with 256GB microSD cards, so you may get something out of the camera.

Before I forget there is a selfie feature with the front-facing camera which is something I’ve seen on other handsets. It works by using the on-screen face slider and with this toggled on it will remove blemishes from your face. However in reality it makes you look like a plastic doll, so it’s another feature that may prove less useful than it could be. 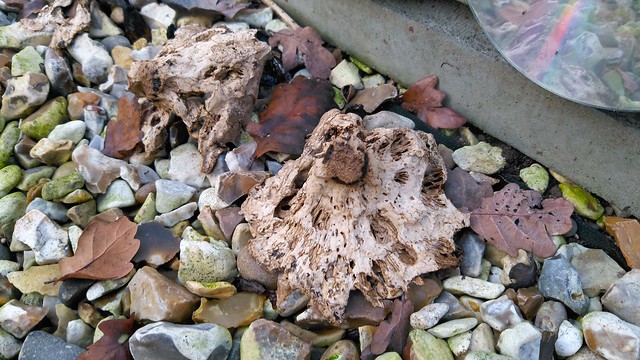 Battery life is certainly boosted by the 3000mAh battery and power saving AMOLED screen. You also have a few battery saving options included with the phone and a dedicated Optimiser App to improve its life - this basically allows you to adjust what Apps can work in the background.

However I found that the smartphone can easily handle a day’s heavy use i.e. streaming, browsing, gaming, calls etc. and give you something left at the end of the day!

For me the handset does have a few niggles but on the whole it performs well for general OS tasks, streaming and even gaming. However its speakers are the true highlight and this makes the handset a dream to use for movie playback, especially as it’s coupled with a high-res 1440P AMOLED screen and plenty of storage potential.

I would grab this handset for this task alone, but I’m not sure how future proof the handset is from a gaming point of view as the performance, compared to the other devices I reviewed in the past, is not nearly as good.

Yet for the price on-contract I can’t complain too much as you do get a lot of quality features for your money and for this reason it could be worth a punt if you wanted to switch to Vodafone. There are certainly far worse options out there for your money, that’s for sure!

Product sourced from Vodafone prices vary depending on the chosen contract.

Which Games Will Dominate Early 2019?

How Will Tech Redefine the Online Gaming…

The Potential of The Steady Surge In The…

AR Could Change the Face of Video Gaming…

Will the Online Gaming Experience Carry …

Are Mobile Payment Platforms the Future …

﻿﻿Is online casino VR/AR the next big th…

Virtual Reality: What’s The Next Step?

The human race has always dreamt of the technology of the future, and nothing exemplifies this more than virtual reality. Back in the 1950s, when the Space Race was underway...

At the start of the week Microsoft started to roll out a Creators Update for those members in the Xbox and Windows 10 Insider Programs. The updates will all start...

Can you really turn your old unwanted phones into dashboard cams?

Dashboard cameras, or dash cams, are hugely popular. They’re available at various price points depending on features and quality, but it is possible to fix your car up with a...

MMD, the tech company and brand license partner for Philips Monitors, has announced the BDM4037UW, a 40" Philips Brilliance 4K Ultra HD LCD display with MultiView feature. This screen is said...

Released at the middle part of 2016 the Vodafone Smart Platinum 7 (pretty much the same spec as the Alcatel idol 4s) was perhaps one of the most surprising handset’s...

Well it’s nearly time to pack up now for the XMAS break, but before I go I just wanted to share with you guys a quick look at an App...